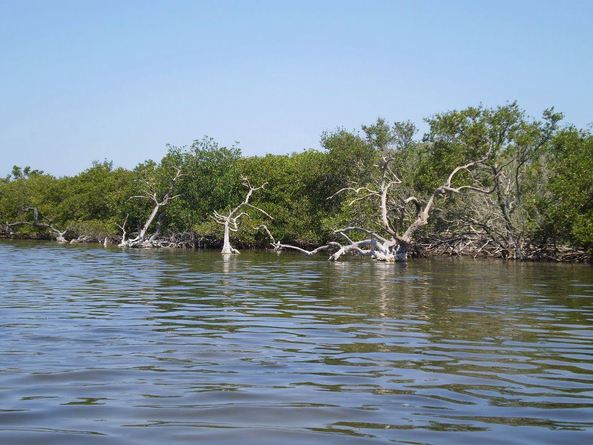 New research has suggests that protecting areas of Mangrove swamps may be an economic but effective way to lock up excess Carbon in the atmosphere, helping to curb the rate of anthropogenic climate change.

The study, undertaken by a team of US scientists and published in the Proceedings of the National Academy of Sciences suggests that Mangrove Swamps should be included in "Carbon Credit Scheme" in the same way that Rain forests are.


Mangrove swamps comprise of less than 1% of the worlds Forrest areas, yet they are hugely important for the biodiversity that they represent and the barriers they give coastal communities against incoming storms.

It has been suggested that their ability to "capture carbon" is 5x greater than that of the rain forests, so it can prove economical for countries to protect their Mangroved areas. Not only does this help offset the amount of anthropogenic carbon being released into the atmosphere, it also provides protection for habitats vital to coastal fishing among other things.

Whilst this research sounds very promising, it has been suggested that the data used for this study is a little out of date, meaning it may not be as economical as the researchers are claiming it to be.

Either way it still sounds like a great idea to me, and it helps to benefit two issues- Carbon Capture and Habitat Conservation. For more information head to the links below.

Image Thanks to Andrea at http://bit.ly/QwZfJU