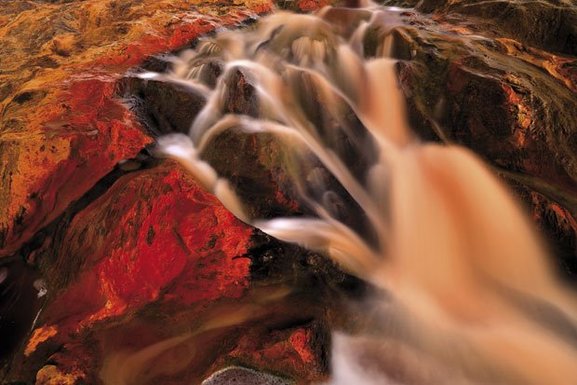 While many associate the name ‘Rio Tinto’ with one of the biggest mining companies in the world, the name comes from a river in Spain, given a reddish hue by dissolved iron. The river originates in the De Huelva Mountains of Andalusia, in the town of Nerva, and runs through the southwestern region of the country before reaching the Gulf of Cadiz at Huelva.

Copper, gold, silver and other minerals have been mined along the river for the past 5000 years. The Red River is considered one of the birthplaces of both the Copper Age and the Bronze Age. Mining began in the region in 3000BCE by the Iberians and the Tartessians. They were followed by the Phoenicians, Greeks, Romans, Visigoths and Moors. The mines were rediscovered by Spain in 1556 and reopened in 1724; they were sold to the British in 1871.

The Rio Tinto Corporation formed to operate the mines after large scale excavations by companies from the United Kingdom were thought to make the river highly aciditic (pH 1.7-2.5). It is possible that the presence of chemolithotrophic organisms, such as iron-oxidizing bacteria and sulphur-oxidizing bacteria, may be the true culprits for the river's condition. There is also a large amount of eukaryotic diversity in the acidic water; the eukaryotes are both alkaliphilic and toxitolerant and far more diverse than the prokaryotes.  These extremophile aerobic bacteria provide conditions similar to those seen on other bodies within our Solar System. Europa, a moon of Jupiter, is thought to contain an acidic ocean underneath its surface; the extremophiles which life off the iron and sulphide minerals in Rio Tinto’s subsurface rocks may well be similar to potential life on Europa. 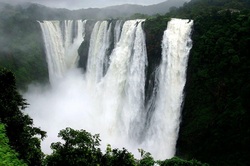 Jog Falls are found in Shimoga District of Karnataka, 30 km away from Sagara, 104 km from Shimoga and 379 km away from Bangalore. At 253 metres high, they are one of the highest waterfalls in India. They have an average width of 472 metres and an average volume of 153 cubic metres/sec.

Jog Falls are also known by the names Gerusoppe Falls, Gersoppa Falls and Jogada Gundi. The Falls are fed by the Sharavathi River, which originates at Ambuthirtha in Thirthahalli taluk. The river flows northwest through the Western Ghats and ultimately joins the Arabian Sea at Honavar.

The Sharavathi River flows over a rocky bed and leaps from a height of 292 metres into four distinct smaller cataracts, known as the four R’s. The Raja (King) is the grandest and is met by the Roarer halfway down. The third fall is called the Rocket and it shoots downward in a series of jets. Rani (Queen) is the fourth fall, and is so named as its winding and twisting trajectory resembles a female dancer. The four streams together make up Jog Falls.

Minnehaha Falls is probably the most picturesque waterfall in Minnesota. The name comes from the Dakota and means “Curling Water”. The creek which starts at Lake Minnetonka and flows for 22 miles (35 km) until it reaches the Mississippi River which is also the lowest point in the City of Minneapolis at 686 feet (209 m) above sea level. Roughly one mile before the creek meets the river the water flows over the resistant limestone of the Platteville Formation and drops 53 feet (16 m). This resistant limestone cap is underlain by a thin layer of the Glenwood Shale Formation and the less resistant St. Peter Sandstone Formation. It is believed that the falls first appeared about 10,000 years ago several miles downstream from its current position near the area of Ft. Snelling. There the ancient Mississippi river met the massive Glacial River Warren which drained water from Glacial Lake Agassiz. River Warren Falls split in two as it eroded its way upstream on both rivers, the side following the present day Minnesota River Valley was short lived, and ceased to exist about 2 miles from where it began. The other part continued upstream following the Mississippi until it met Minnehaha Creek where it again split in two, Minnehaha, and St. Anthony Falls. Minnehaha Falls continued up the creek and St. Anthony Falls again split in two with an island dividing them. The eastern side of St. Anthony Falls eroded much quicker than the western side as a result the western falls were cut off from the water supply and dried up as an “abandoned waterfall”, Parts of which are still visible today at Minnehaha Park in the area known as the “Deer Pen”. The surviving eastern side of the falls continued up the Mississippi River becoming the modern day St. Anthony Falls, the only major waterfall on the Mississippi. In 1680 Father Louis Hennepin discovered the falls giving them the name the Falls of Saint Anthony, and were later observed by British explorer Jonathan Carver, and Zebulon Pike, the discoverer of what is now Pike’s Peak in Colorado.

This waterfall provided Minneapolis the ability to become one of the major economic centers of the United States in the late 19th to early 20th centuries, becoming known as the “Flour Milling Capital of the World”. In the late 1800’s engineers created what is known as “the apron” which in effect stabilized the falls preventing it from further eroding upstream. This stabilization meant that the falls could be used for hydroelectric power as well as permanent milling buildings. Today the falls are still where they were stabilized, though additions have been made such as a lock and dam, and is home to the St. Anthony Falls Laboratory, which is the headquarters for the National Center for Earth-Surface Dynamics. 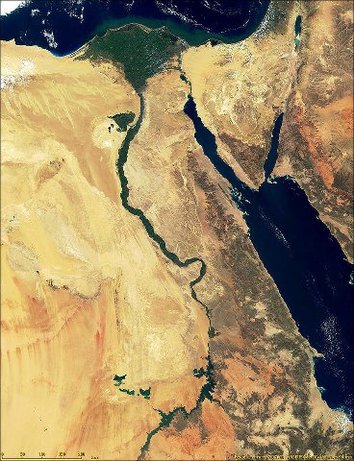 The Nile is the longest river in the world, and from its source (hotly debated, but believed to be Lake Victoria which stretches across three African countries, Uganda, Kenya and Tanzania) to the sea, it is 6695km long.
The Nile is named after the Greek word Neilos, meaning valley. The river floods on a cycle, and leaves behind fertile black sediment. For this reason, the ancient Egyptians named it Ar, which means "Black".
The Nile is most famously associated with Egypt, but on its journey from source to sea it flows through 9 countries; Ethiopia, Zaire, Kenya, Uganda, Tanzania, Rwanda, Burundi, Sudan and finally Egypt.

To find out more head to any of the links below.