Life and Research of Gregor Mendel 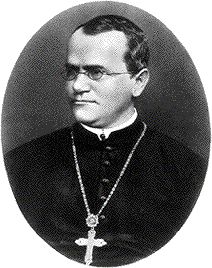 ·         What plants did Gregor Mendel study in order to learn about how traits are inherited?    Pea plants

·         During Mendel’s lifetime was his work in the field of genetics recognized by other scientists and explain why?    No, were not accustomed to statistics being applied to natural history, and so they couldn't recognize the importance of Mendel's discovery.  And when Mendel tried to replicate his results with hawkweed, he failed — not because his original insights were wrong, but because the genetics of hawkweed are very peculiar and does not follow standard deviations. Nevertheless, the patterns that Mendel saw did apply to many organisms and were there in nature for anyone to see. Darwin himself noted a three-to-one ratio in the colors of snapdragons.