Journey of a Water Molecule 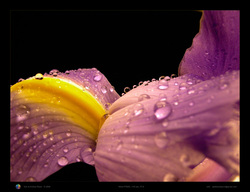 While water does circulate from one point or state to another in the water cycle, the paths it can take are variable.

Heat energy directly influences the rate of motion of water molecules. When the motion of the molecule increases because of an increase in heat energy, water will change from solid to liquid to gas. With each change in state, physical movement from one location to another usually follows. Glaciers melt to pools which overflow to streams, where water may evaporate into the atmosphere.

Gravity further influences the ability of water to travel over, under, and above the surface of the earth. Water as a solid, liquid or gas has mass and is subject to gravitational force. Snow on mountaintops melts and descends through watersheds to the oceans of the world.

One of the most visible states in which water moves is the liquid form. Water is seen flowing in streams and rivers and tumbling in ocean waves. Water travels slowly underground, seeping and filtering through particles of soil and pores within rocks.

Although unseen, water’s most dramatic movements take place during its gaseous phase. Water is constantly evaporating, changing from a liquid to a gas. Evaporation occurs when water from the ground or bodies of water move into the atmosphere. Plants give off water vapor through transpiration. The combination of evaporation and transpiration is referred to as evapotranspiration. As a vapor, water can travel through the atmosphere over the earth’s surface. In fact, water vapor surrounds us all the time. Where it condenses and returns to earth depends upon loss of heat energy, gravity, and the structure of the earth’s surface.

Water condensation can be seen as dew on plants or water droplets on the outside of a glass of cold water. In clouds, water molecules collect on tiny dust particles. Eventually, the water droplets become too heavy and gravity pulls the water to the earth.

Living organisms also help move water. Humans and other animals carry water within their bodies, transporting it from one location to another. Water is either directly consumed by animals or is removed from foods during digestion. Water is excreted as a liquid or leaves as a gas, usually through respiration. When water is present on the skin of an animal (for example, as perspiration), evaporation may occur.

Create a list as to where all water can be located on the earth (example: oceans, rivers, etc.). Try to recall where the most water is located. Think about how water moves from one location to the next.


This lesson will discuss how water moves between each location.