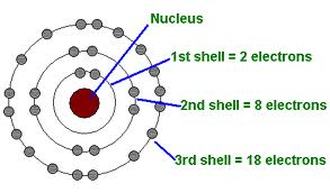 Since the first two elements in the top row, consisting of hydrogen (H) and helium (He), fill the first shell to complete their orbital requirements.  The second row begins to fill their second shell one electron at a time, for, beginning lithium (Li)with and ending with the nobel gas neon (Ne).

As each oribital shell reaches completion and expands outwards from the nucleus the higher the energy level becomes.  At this point we can begin to determine orbital shapes as each orbital has its own name.

In any given level the energy of the electron in the sub level increases in the order:
s < p < d < f.

The lowest-energy orbital is the s orbital. It is sphere-shaped and is always the first orbital filled in any energy level. The first energy level has only one orbital, so it MUST be an s orbital.

Hydrogen (H) has 1 proton and 1 electron.  This single electron determines that it will go into the 1s orbital.  Hydrogen is now considered complete but has the ability to gain an electron or form bonds with other atoms.

Helium (He) has 2 protons and 2 electrons, each of the electrons are ,one at a time, into the 1s orbital. This makes helium a full and content atom.  It has a complete energy level and does not want to gain or lose any electrons and not reactive. As discussed previously, Helium is the first of a group of elements referred to as the inert or noble gases.

Once the S orbital has been filled and is complete electrons will move to filling the next energy level, the P orbital. 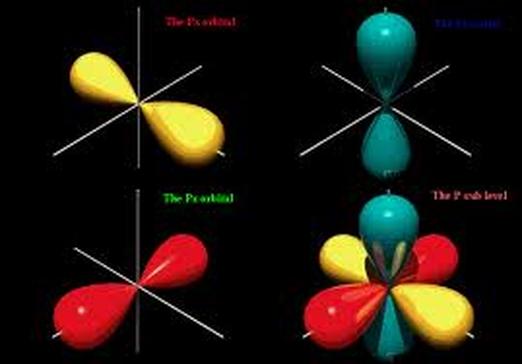 The "p" orbital is shaped as a dumbbell or propeller and each P sub level is made of three "p" orbitals.  Each of these three p orbitals needs to be filled with electrons in the second and higher energy levels; however, there is another rule to follow in placing the electrons in the p orbitals.  Yes, I said yet another rule, but this one is helpful.

This is Hund's Rule whichstates that each p orbital must receive one electron before any p orbital can receive a second filling electron. 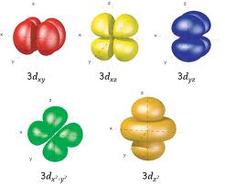 In addition to s and p orbitals, there are two other sets of orbitals which become available for electrons to inhabit at higher energy levels. At the third level, there is a set of five d orbitals (with complicated shapes and names) as well as the 3s and 3p orbitals (3px, 3py, 3pz). At the third level there are a total of nine orbitals altogether.  This will be discussed at a later time. 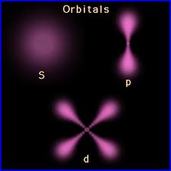 At the click of a button you can watch the orbitals rotate http://www.d.umn.edu/~pkiprof/ChemWebV2/AOs/index.html