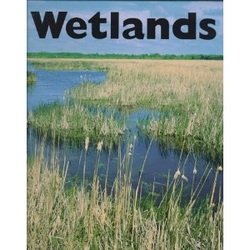 With 2.3 million acres comprising North Carolina's estuarine system is the largest on the U.S. Atlantic coast. Being located at the convergence of the South Atlantic and Mid-Atlantic biogeographic provinces, the estuarine and near shore have many varied habitats supporting a diverse ecosystem. They include hard bottom, shell bottom, shallow water overlaying mud and sand bottoms, sea grass meadows, coastal marshes and riverene systems with bottomland hardwood forest and adjacent swamp forests (Street et al, 2004).

Hard Bottom Hard Bottom habitat is defined by the N.C. Department of Environment and Natural Resources as "exposed areas of rock or consolidated sediments, distinguished from surrounding unconsolidated sediments, which may have a thin veneer of live or dead biota, usually found in the ocean rather than estuary". Hard bottom habitat can also be man-made, such as wrecks, artificial reefs and jetties may also serve as substrate for attachment for plants animals. The topography varies from flat to up to 10 meters of vertical or sloped relief. These rock outcrops or relic reefs are colonized by algae, sponges and various other plants and invertebrates which support a large fish community. Hard bottom is widely distributed off the coast of North Carolina from near shore to beyond the continental shelf. Mapping of hard bottom was completed in 1998 by the Southeast Area monitoring and Assessment Program- South Atlantic (SEAMAP_SA), with identification based on indictor species (Atlantic States Marine Fisheries Commission). The dominant colonizing organism in N.C. hard bottom is macro algae ranging from 10-70% of the biotic cover, mostly brown and red algae. Due to structural complexity, permanence and functional variety of this large habitat, there is much diversity in reef organism, many who attach to the hard bottom and fish, which comprise a major portion of animal diversity and an important part of trophic structure (Street, 2004). However, the N.C. Coastal Habitat Protection Plan (CHPP) indicated that fish studies to near shore hard bottom are needed to better understand the dependence of fish species on this habitat. In addition to habitat value, oyster reefs are an invaluable resource for filtering feeding.

Shell Bottom N.C. CHRPP defines shell bottom habitat as estuarine intertidal or sub tidal bottom composed of shell surface concentrations of living or dead oysters, hard clams or other shell fish with oyster reefs predominating. North Carolina managers consider this habitat critical to fisheries production. Oysters can tolerate extremes in salinity, temperatures, turbidity and low dissolved oxygen, but spawning success requires optimum salinity as well as temperature and good currents for dispersal. Oysters are found along the majority of the North Carolina coast, both in the inner tidal and sub tidal. Dermo however is devastating the sub tidal reefs. The Department of Marine fisheries Shellfish habitat and abundance mapping program is creating detailed bottom maps since 1988, from the South Carolina border through Core sound, the perimeter of the Pamlico Sound, and in the Croatian and Roanoke Sound. This programas found shell bottom as approximately 6% of the habitat with the southern estuaries as much as 17%. Primary producers on shell bottom include algae and organic films of bacteria and fungi which provide food for resident secondary community of crabs, barnacles, clams, mussels, anemones, polychaetes, amphipods, hydroids, bryozoans, flatworms, mussels and sponges. These species become prey for finfish, shrimps and blue crabs. Shell bottom also provide hard, complex substrate to an abundance of plants and animals. Thus this habitat supports many resident and transient fish and invertebrates that are ecologically and economically important (Street, 2004). Shell bottom is an important refuge, spawning area, nursery, and foraging area for a diverse community.

Shallow water overlaying mud and sand bottoms/ tidal flats The habitat value of soft bottom and tidal flat is often under estimated by laymen. These habitats are dynamic elements of the coastal landscape that change with shifting patterns of sediment deposition and erosion. Despite a lack of structure, these surface sediments support an abundance of microscopic plants and burrowing animals. Benthic photosynthetic microalgae live in the top few millimeters of soft bottom habitat, including diatoms, filamentous blue-green algae and dinoflagelates and are an important source of primary production in estuarine systems. Most benthic invertebrates live in the sediment and are classified as three sizes: microfauna that are smaller than a tenth of a millimeter (small protozoans); meiofauna that less than a half of millimeter, (nematodes and copepods), and macrofauna, greater than half a millimeter (amphipods, polychaetes, mollusks echinoderms and crustacean) and are deposit feeds or suspension feeders. Micro and meiofauna graze on benthic microalgae and bacteria. Macrofauna have the largest total biomass. Benthic predators include spot and pinfish as well as large invertebrates, crabs whelks, snails and shrimp. (Street, 2005). North Carolina classifies soft bottom habitats as: un-vegetated shoreline, beaches, intertidal flats and sub tidal bottom in rivers creeks and sounds. The physical and chemical properties of soft bottom habitat affect the benthic organism that dwell there. Bottom composition generally ranges from more consolidated material upriver (rocks and gravel) to sand and mud downriver. The shoreline and soft bottom in the northern geologic province consist of four different types of sediment: sand, peat inorganic mud and organic rich mud (ORM). ORM comprises about 70% of NC estuarine substrate and is concentrated in the central basins of sounds (Street, 2005). The southern estuarine system has soft bottom composed of sloped mudflats with extensive tidal channels supporting extensive saltwater marshes- due to larger tide range. These large ranges are also found near the 20 inlets through the barrier islands.

On oceanfront beaches, most benthic animals live in the intertidal are infaunal burrowing forms with a relatively low diversity of macrofauna compared to marsh flats. Offshore sand bottom communities are diverse habitats with over a hundred polychaetes taxa, which are important benthic prey for fish and epibenthic invertebrates (Street, 2005).

One of the most important functions of soft bottom habitat is foraging by several trophic levels because of high concentrations of organic matter transported to and produced on soft bottom, abundant and diverse invertebrates including herbivores, detritivores, and predators, then fish and other predators of these predators. (Street, 2005).

Sea Grass meadows- submerged aquatic vegetation Submerged Aquatic Vegetation (SAV) is a collective term for seagrass beds. Sea-level rise is important in determining the distribution of SAV because scientists have demonstrated that the growth of SAV is driven by water depth, water column optical properties (light reaching the plants), nutrient loading, salinity, exposure to waves and currents, biological disturbance and fishing practices, and in particular, vulnerability to extreme events. Thus, increases in water depth and other effects of global warming could have major effects on the abundance and distribution of SAV. Because SAV have stabilizing effects on the coastlines around the areas they inhabit, substantive changes in the SAV community will strongly shape the physical integrity of the coastline. Also, since SAV provide food and shelter for fisheries more so than other coastal habitats, changes in SAV will affect the fisheries of the future (Street, 2005).

Because of SAV's role in shoreline stabilization, it is a critical component of the North Carolina estuarine community. SAV stabilizes shorelines by binding shallow underwater sediment with their roots and rhizomes in shallow offshore regions, trapping suspended sediment and baffling waves and currents. In addition, SAV modifies sediment quantity and quality. In doing this, SAV decreases underwater erosion and improves shoreline structure. Because of this, SAV is a critical part of the structural integrity of the North Carolina 's nearshore environment. SAV also functions as important habitat for many fish and shellfish, including some of the most valuable commercial and recreational species. SAV is home to a diverse group of flora and fauna and is a valuable part of a healthy ecosystem (Street 2005).

It is estimated that there are 200,000 acres of SAV in North Carolina, about as much habitat as there is salt marsh, and SAV comprises about 8.5 percent of the total estuarine bottom in the state (Street 2005).

Coastal marshes are an important ecosystem of North Carolina 's estuary system and coastal plain. They buffer upland regions of the shoreline against storms and floods. They filter pollutants coming from runoff from the land before it reaches the sea. Coastal wetlands also have significant biological importance, as they support diverse food webs of birds, mammals, and fish, many commercially important species of which depend on coastal wetlands at some point in their life cycle. Over 100 species of migratory waterbirds use wetlands in some way. It is critical to understand how sea-level rise will affect this ecosystem (Street, 2005)

Tidal saltwater and brackish marshes Tidal salt water and brackish marshes are usually categorized into two distinct zones, the lower or intertidal marsh and the upper or high marsh. The lower marsh is usually covered by the tide twice daily. In North Carolina , salt marshes are dominated by Spartina alterniflora , which flourishes on the outer edge of the marsh. Higher in the marsh, in the drier and saltier areas, the shorter Spartina patens flourishes. Distichlis spicata and Juncus roemerianus grow in the still drier and saltier areas of the marsh.

Pocosins Pocosins, unique to the southeast, are evergreen shrub bogs that typically contain a peat substrate. Meaning "swamps on a hill" in Algonquin, they are upland wetlands that typically have very acid and nutrient poor soils. They help filter water and are imperiled by habitat loss, occupying only 30 percent of their previous distribution. They inhabited an estimated 2,300 square miles in North Carolina in 1979. They are most common in North Carolina and are also the most abundant wetland type there. Pocosins are threatened by sea-level rise because they commonly occur near estuaries where rising sea level affects their hydrology. In some areas of Pamlico Sound, brackish marshes invade pocosins instead of uplands. The pocosins then become the platform for a developing marsh community (Brinson 1991).