Bleaching of the Coral Reefs 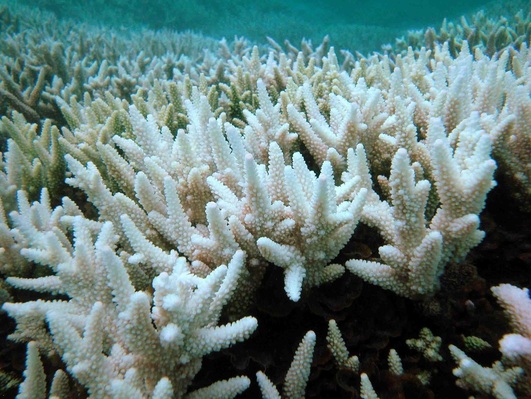 A study by the Stockholm Environment Institute (SEI) has reported that the cost of anthropogenic pressures on our oceans (if we carry on "business as usual") could run up to 2 trillion US dollars by 2100. Taking into account the effects of overfishing, pollution and climate forcing the SEI's study attempts to calculate the economic burden of degrading the world's oceans this century. The main assigned value was based on fisheries, tourism, effects of sea level rise, storms and the oceans capacity to absorb carbon dioxide.

The figure of $2 trillion may seem outlandish to some of you, but it is merely just part of the bigger story. Frank Ackerman, director of SEI's Climate Economics Group said in a statement that the value, "provides an indication of the price of the avoidable portion of future environmental damage…in effect the distance between our hopes and our fears."

The report suggests that while local action is pertinent to the revival of the aquatic environment, action on a global scale, with an ecosystem approach is now essential. Hanna Paulomaki, a marine scientist with Oceana has described the “ecosystem approach” as the idea that all these things in the environment are interlinked and that you need to look at the structure as a whole." Essentially, she calls for global policies to be drawn up, enforced and adhered to.

The effects of our burden on the aquatic environment can be seen all over the world, from coral bleaching to loss of biodiversity, from acidification to over enrichment and algal blooms – some of these things are quantifiable with relation to the economy. But let’s not forget about the unquantifiable, like the fact that half of the world's oxygen is produced via phytoplankton photosynthesis (National Geographic, 2004).

What I want to know, is why we need to put a price on things at all? Can we now only relate to things with an associated monetary value?

The image is of a bleached coral reef and copyright is granted for use in conjunction with ARC Centre of Excellence news stories. 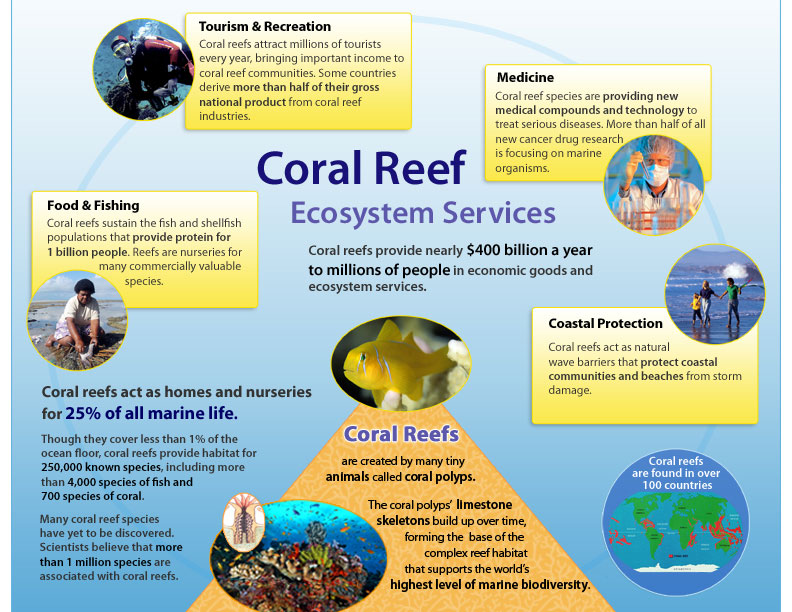